It's time we put "fleet management" to rest — here's why 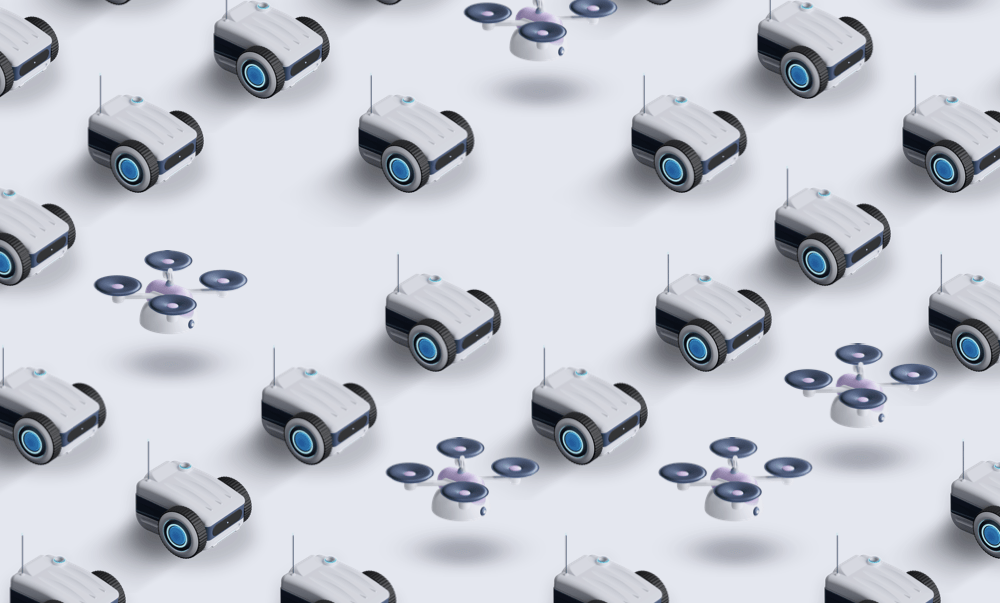 What does it mean to "manage" this fleet?

A few months ago, the product team at Formant sat down to undertake what we anticipated would be a massive, long-term project — to create Formant's very own robot Fleet Management system. One day, about a month later, I found myself staring at a Jira board in disbelief. It was overflowing with countless themes, poorly-connected ideas, and well over 100 different stories. Despite a month's worth of discussions, and prioritization meetings, I was faced with a team vision that basically amounted to "Everything". Which, as we all know, is no different than "Nothing" when trying to define a service. But, then I asked myself, "Are we really that much less competent than I thought? Or was there a problem with our initial assumptions. Specifically, "Is this really a coherent set of features?” and "Does this capture a clear value proposition that’s unique to Formant?"

The consensus on both questions was a decisive "No" (deflating, yes, but much better than the alternative). But, after spending so long wrestling with this question, and engaging with it critically, it wasn’t easy to immediately let go. So, naturally, we turned the same critical lens toward our competitors. And lo' and behold, we weren’t alone. Although there was no scarcity of companies using the term "Fleet Management" to describe their services, a closer inspection of their claims inevitably revealed this same fracturing. Though "Fleet Management" was a widely-used, accepted term, it seemed to mean both "Everything" and "Nothing" to everyone using it.

Even as a purely utilitarian grouping tool, the term "fleet management" currently describes an array of activities so diverse that it undoubtedly causes far more confusion than it could ever make up for in convenience. Everything from software/firmware management to assignment of work orders can be found under the massive umbrella of "Fleet Management".  At Formant, it’s gotten to the point where we can no longer schedule meetings or sprint-planning epics around "Fleet Management", as it inevitably leads to confusion and repeated requests for clarification.

I’m usually opposed to prescriptive approaches to language; but I’m also a firm believer in there being exceptions to almost every rule. And I’m confident that this is one of those cases.

It’s time for us to lay "Fleet Management" to rest. The term has long outlived its usefulness, and fails to describe the work we do in either content or context.

The Origin of the Term

Robot Fleet management as a term of art arose in the logistics and transportation industries, and was traditionally used to describe the set of activities that humans performed to command their human operators of machines. These fleet operators would take orders from customers, direct a workforce to fulfill those orders, and optimize the fleet to drive down labor and maintenance costs.

With the advent of the information revolution, the tools these operators used became more efficient — moving from ink, stickies, and phone calls to spreadsheets, models, and texts. In turn, economies of scale became greater, and the major fleet operators gained efficiencies over smaller competitors.

As much as the term evolved over the years, in many ways its meaning remained the same within these two industries. The major operational decisions and investments were made by humans, with the assistance of machines. A fleet operator of the early 20th century at, say, Yellow Taxi, might be using software to help manage his fleet, but his tools were largely the same as those used at the middle of the century — a radio, a dispatch system, and a phone.

In the last 5 years, an array of sharing-economy services has sprung up that wouldn’t have been possible in the old world of robot fleet management. Uber, Lyft, Bird, Getaround, Nest, Alexa — all of these brands have something in common — they are managing networks of deployed devices operating in the field.

Rather than forfeit the benefits of familiar terminology, they molded their usage of the term to their unique business models. In their sector, a fleet no longer had to be a uniform collection of identical devices. Now, a fleet could also refer to a totally heterogeneous mixture. In the home, you could have smart thermometers, digital T.V.s, and doorbell cameras all working as a single "fleet".

As these one and two-sided marketplaces evolved, the operations teams managing the networks staged a significant, linguistic coup d’etat  — fleets no longer needed to be run by humans. Through automation, these revolutionary "fleets" ran themselves. Through the power of network and AI, these "fleets" were doing demand forecasting and management, routing, and problem resolution all on their own.

"Fleet Management" employees at these companies were no longer routing individual humans using radios and phones. Instead, they were small teams of data scientists who managed algorithms that directed their fleets. They had to think about the functioning of the "fleet" as a system. This new form of "fleet management" was radically more complicated and involved than its predecessors.

Entirely new functions were absorbed into the term.  Suddenly, fleet management became an amorphous, all-encompassing term that included the following disciplines, and more:

Give life to a new set of disciplines

Fleet management is no longer about managing fleets, but managing algorithms and complex systems.

Reading through that list might have evoked some unsavory revelation. "Fleet Management" had gone from a long-standing word of art within the trucking industry, to a throw-away phrase meant to contain anything and everything robotics companies do. At the same time, the word retains the connotation of an earlier era, where humans were doing the operating of fleets. It discounts the transformative effect automation has had on the ability of (relatively) small companies to scale to massive fleet sizes.

We’re now in a world where robot fleet management is no longer state of the art. Fleets operate themselves. Humans, on the other hand, are doing things humans are good at — dealing with edge cases, improving efficiency, and doing analysis.

Complexity of tools for "fleet management" for robotics

We’ve been humbled by the amount of surface area in managing fleets of robots — it's absolutely enormous. In working with our existing customers, we've found that it's important to provide focus and get specific about the problems we solve. "Fleet Management" is no longer a specific problem, but a whole Universe of complex specialties.

So, next time a company tells you they are doing "fleet management", ask them specifically which disciplines they cover. It's likely they are only doing one aspect of managing the fleet, and you'll need to find services to cover the rest.

Or, do one better, and retire the term inside of your company. We’re in the process of doing that at Formant. We’re not a fleet management company, but are focused on helping the companies we work with observe (and debug), analyze, and operate their fleets.