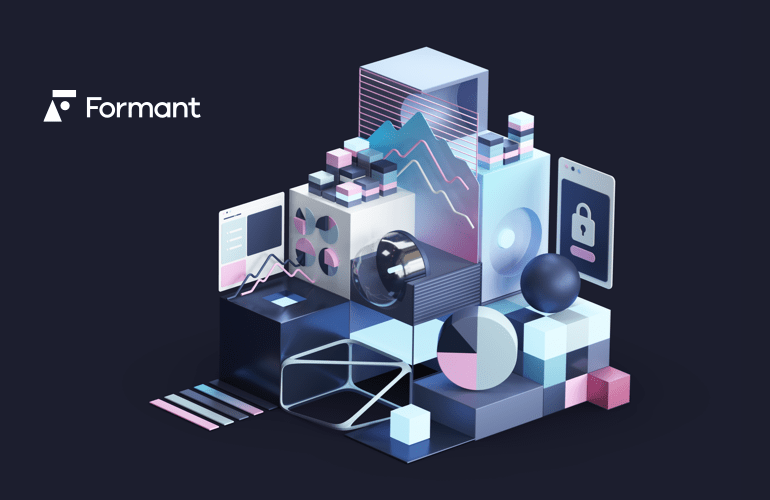 Nate Silver, The Signal and Noise Ratio: "Finding patterns is easy in any kind of data-rich environment; that’s what mediocre gamblers do. The key is in determining whether the patterns represent noise or signal.”

As a result, the concept of “observability” is quickly becoming one of the most sought-after commodities in robotics. Most often, “observability” is used in reference to an organization’s ability to monitor a robot (or fleet of robots) in the field and in real time. However, observability needn’t (and shouldn’t) be limited to the here and now. It can also look to the past. Contrary to popular belief, hindsight isn’t always 20/20. When it comes to robotics, perfect vision requires effort, intentionality, and the right tools.

Cue analytics — the optometry of hindsight. In robotics, analytics is essentially the side of observability that looks at the past, and its two fundamental goals are: obtaining information regarding what’s already happened, and being able to readily understand and explore that information. It should come as no surprise, then, that as the events one is observing become more complex, the analytics becomes more challenging. These challenges come in many forms, including connectivity, data management, and developing a platform by which to effectively interpret the firehose of data being emitted by every robot in your fleet.

At the same time that analytics becomes more challenging, it also becomes more valuable. And even at this relatively nascent point in robotics’ development, high-fidelity robot analytics has already proven itself to be an essential ingredient for success in the field.

The Ineffable Advantages of 20/20 Vision 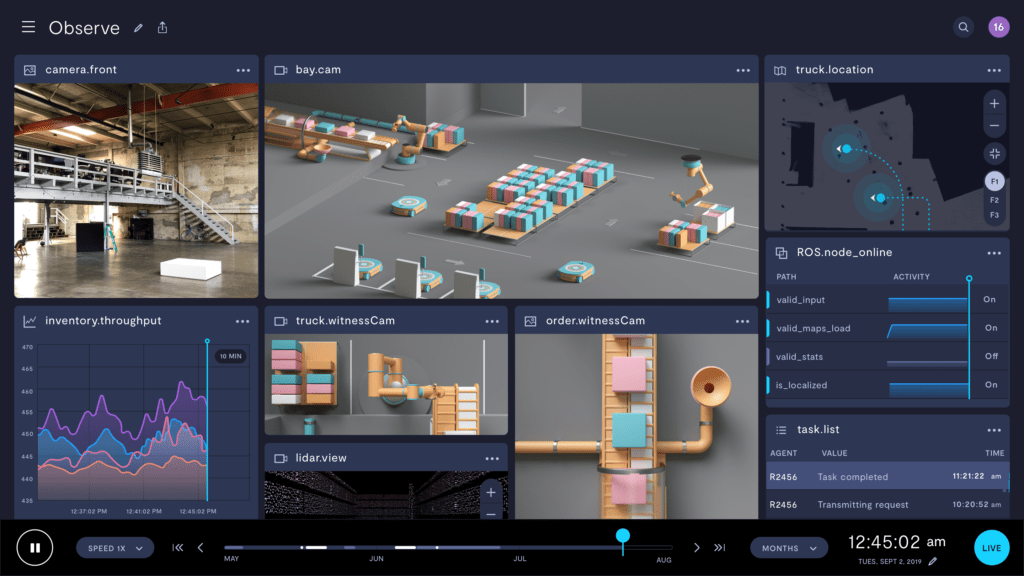 If you grew up with less than perfect vision, odds are you still remember the day you finally got glasses. After years of life looking like a worn out VHS, seeing the world in HD was probably shocking. And if that describes your own experience, then you probably also experience a common epiphany — “I had no idea my eyesight was that bad!”, or, “I just thought the world looked that way!”. In addition to being a veritable rite of passage for nerdy kids, this is actually an effective metaphor for understanding one of the most underappreciated aspects of analytics. Analytics isn’t only a matter of answering the questions you already have. It’s also about answering the questions you didn’t know you had.

Imagine a company that’s using robots for basic “pick & pack” work in their warehouses. The robots seek out items, pick them up, and bring them to a human-operated shipping station. Pretty simple, right? Not quite. Anyone that’s worked in a warehouse can tell you that they’re surprisingly large, complex, and unpredictable environments, especially for a robot. Boxes fall, spills shut down aisles, and items are frequently mislabeled, misplaced, or “misappropriated”.

And those are only some of the more common obstacles. Let’s imagine that one day, our robots encounter a different brand of difficulty. Over time, the fleet has been logging more and more failures while attempting to read product labels. After analyzing the robots’ video and image data, the team discovers that the failures are the result of poorly-printed labels, with ink that’s faint and slightly hard to read. With a little squinting, humans can successfully read the labels; but the robots cannot. So, what should the company do? Buy new printers? Upgrade the cameras on their robots? Hire someone to supervise their fleet?

In order to make the best business decision, the team would require a fair amount of data: the cost of replacing the printers; the cost of upgrading the cameras; the cost of making a new hire; how frequently the fleet encounters faint labels; and how much it costs in downtime when they do.

Or, maybe, the most enlightening data was something they hadn’t even considered. As it turns out, their problem could be fixed by simply adjusting the angle at which the robots are reading the labels — a solution that emerged from analysis of the fleet’s video, image, and gyroscopic data.

How to Make the Best of Your New Specs 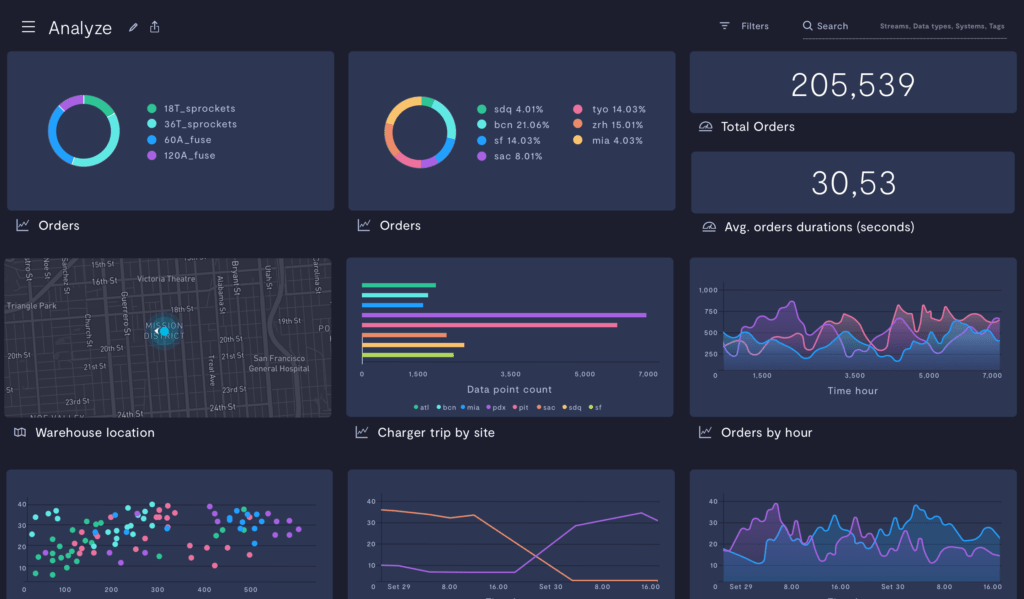 As you can see, when it comes to robotics, “up-time” totals simply don’t cut it. To truly understand and optimize robotics operations, one requires an infinitely greater degree of observability. In the scenario above, there’s a good chance such an effect would go undiagnosed — or worse yet, unnoticed — without a robust analytics system in place.

With such a system, companies can identify inefficiencies, monitor trends, and even diagnose unique technical failures, all without having to send a single technician into the field. On the contrary, modern robot analytics are built upon automated processes; meaning, the data comes to you. At the macro level, analytics allow companies to make smarter, more informed business decisions, such as how and when to scale, what types of equipment to buy and when; and which areas of their operations require the most immediate attention.

Observability, Transparency, and Where to Find Proof When Pudding Isn’t Available

In this way, perhaps the most intuitive of analytics’ advantages are matters of bottom-line savings. However, analytics can also have major impacts on top-line growth.

With such powerful insights into one’s micro and macro operations, companies gain an incredible tool for engaging customers. Rather than relying on sales pitches and spoken promises, companies with robust analytics can actually prove their value with totally objective data.

This kind of radical transparency offers both existing and prospective customers unprecedented insight into a company’s capabilities and value. It might prove to a customer that they would benefit from expanding their fleet. Or, it could prove that a certain solution outperforms a competitor’s. It can even serve as a means of improving outcomes to customer claims.

If a company is faced with a complaint, claim, or dispute; both parties will sleep easier knowing that the resolution, whatever it may be, will be determined by objective, impartial data. An effective analytics platform will allow a company to show their customers the exact location, and state of every robot in their fleet, at any specific point in time, past or present. With those capabilities, no one should ever have to “take someone’s word for it” again.

And if history is any indication, it won’t take long for this kind of transparency to go from high-tech perk, to an industry standard. As more and more customers are exposed to these capabilities, more and more will come to expect them from a trustworthy company.

In the world of technology, the future is everyone’s least favorite party guest. While companies scramble to finish dinner and hang the last of the decorations, the future inevitably throws everything into chaos by showing up an hour early. As someone that’s either interested or invested in robotics, it’s important to keep the future’s terrible manners in mind. By adopting a robust, scalable approach to robot analytics today, companies can both realize immediate gains and safeguard themselves against robotics’ rising tide of complexity.

Thankfully, a number of companies, such as Formant, are developing robotics management platforms that place observability at the fore. As our organization, and others, work to keep pace with robotics’ ever-evolving array of technologies, the river of data keeps widening. In order to realize the true potential of these burgeoning technologies, it is imperative that your robot analytics remains ahead of that informational flood. By doing so, the field will benefit from both greater possibilities today, and a lasting framework on which to innovate and grow well into the future.
—
This was originally published in The Robot Report on October 25, 2019.