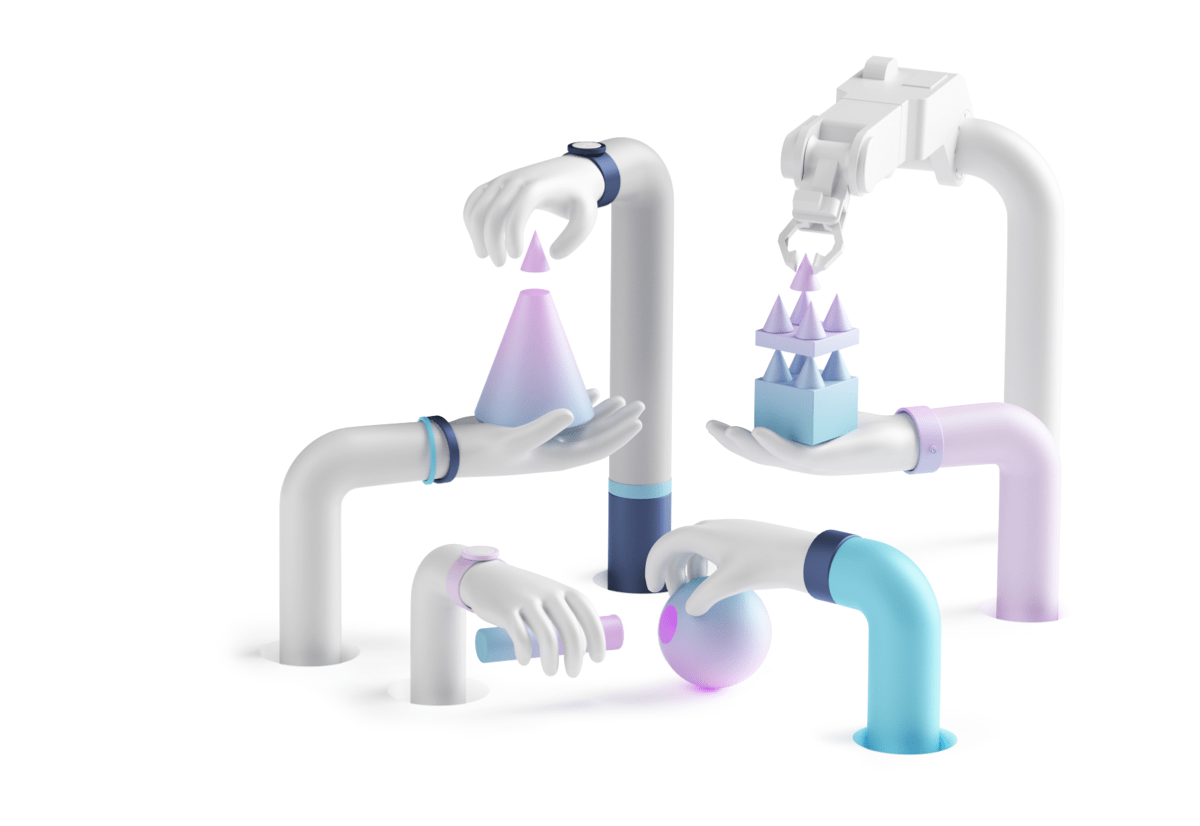 You’ve heard the stories: fully autonomous robots are coming, and they’re taking our jobs with them. If you’re ready to sound the alarm bells — step away from the ledge. While it’s true that automation is reducing inefficiencies in many industries, the notion of a full-scale, imminent takeover is overblown.

Instead, as robotic technology becomes cheaper to make, safer to work with, and ever-smarter, more industries are inching towards semi-autonomy: where humans and robots work collaboratively toward the same goal. This new paradigm, also known as the hybrid workforce, is growing exponentially, as is the data these machines produce.

But even as the global demand for robots accelerates — it’s expected to exceed $77 billion by 2022, nearly doubling since 2017 — the financial and intellectual investment dedicated to developing these technologies has not been met with an equivalent effort toward building the infrastructure to support them.

The bottom line is this: when the next wave of autonomous and semi-autonomous machines come online in the coming years, they will bring with them a tsunami of data.

Those companies that establish architectures for absorbing and applying the data-exhaust from their fleets of automated machinery, thereby “speaking robot,” will see performance and profitability grow considerably; those that don’t will be left with oceans of unintelligible information.

There are still many misconceptions about the topic. For example, there is a general fear of human obsolescence as a result of automated roles. This could not be further from the truth. Humans have collaborated with machinery since the industrial revolution and with intelligent computing since the IT revolution. We’re now just so accustomed to it that we don’t view it as collaboration, but rather as a type of job. The reality is that truck drivers do a job that can’t exist without a specific piece of equipment (a truck); as do photographers, computer programmers, and so on. The hybrid workforce is the next, more heterogeneous, step in an evolution that started over 100 years ago. As innovation has accelerated, workforces have simply adapted by learning new skills, creating new workflows and enhancing work environments to be more productive.

Hybrid workforces are already proving this out through myriad examples. In warehouses across the planet, semi-autonomous machines are alleviating some of the back-breaking and monotonous tasks from the shared workflow, enabling their human managers to perform more intuitive and dynamic roles.

Before long, we’ll see similar examples in industries like hospitality, healthcare, retail and agriculture where a symbiosis between humans, machines, and data already have a strong foundation. In order to make this transition as seamless as possible, we’ll need to consider how to better co-exist with our robot-coworkers.

Think about your team today. How do you manage and process data effectively? It’s likely that you take a multi-disciplinary approach, whereby different individuals and/or teams are responsible for certain data segments and other teams flow in and out of these processes to make the data operational.

Now — what happens when the amount of available data multiplies by 10?

Let’s consider an example from the construction industry. In this hybrid scenario, a robotic excavator is digging a foundation for a green field project — a mundane, relatively structured and easily defined task. When the robot encounters an obstruction, the machine sends its sensor data along with an image of the obstacle to a human for instruction. The human will choose a radically different course of action for the machine depending on whether he or she recognizes a rock or a gas main. This is a very easy decision for a human to make, but a relatively difficult one for a machine.

In this example, a visual image presented to the human is the primary piece of data, however there is far more data that is available. Additional, readily available data sources include wheel odometry, Lidar GPS coordinates, soil density, and so on. When this overwhelming quantity of unstructured data is synthesized and correlated, a human can make an even more informed decision. Additionally, this richer picture is invaluable in improving our processes through machine learning.

But collecting data is only one part of the equation. In order to process and make sense of the data, companies need to find, hire, and partner with people who “speak robot.” This is where human traits and skills complement those of semi-automated roles. We are flexible, intuitive, and can factor in unknown variables — especially appropriate social context.

The above example really just scratches the surface of what’s possible with a hybrid workforce. As robotic technologies advance, we will see more semi-autonomous tools ‘in the wild’ with humans. But don’t believe the hype about our jobs disappearing — it’s not us OR them, it’s us TIMES them.

At Formant, we’re assembling a Dream Team that Speaks Robot

Make no mistake — robots and automated machinery stand to fundamentally change the way every industry operates. Yet they still have training wheels on. By leveraging the complementary skill sets of both humans and robots, hybrid workforces have the potential to enable limitless productivity tomorrow, not in 20 years. To achieve this, we’ll need to build a new template of communication between humans and our mechanical co-workers, so we can extract value from the colossal volume of data they have to share. That means finding people who not only speak robot, but can understand the nuance of each dialect and implement appropriate tactics across a broad range of functions.

Anyone that’s tried wrangling a robot — let alone a team of robots — knows how challenging it is. Building a holistic solution requires expertise across a wide range of disciplines; from connectivity and cloud architecture, to UX and big data. That’s why we’re assembling the best team of cloud engineers, data scientists and machine learning experts here at Formant to better enable the emergent hybrid workforce.

Want to teach the world how to speak robot? We want to hear from you. Say hello at formant.io to join the team or sign up for early access to our product.