Robotics Trends To Keep Your Eye On in 2023 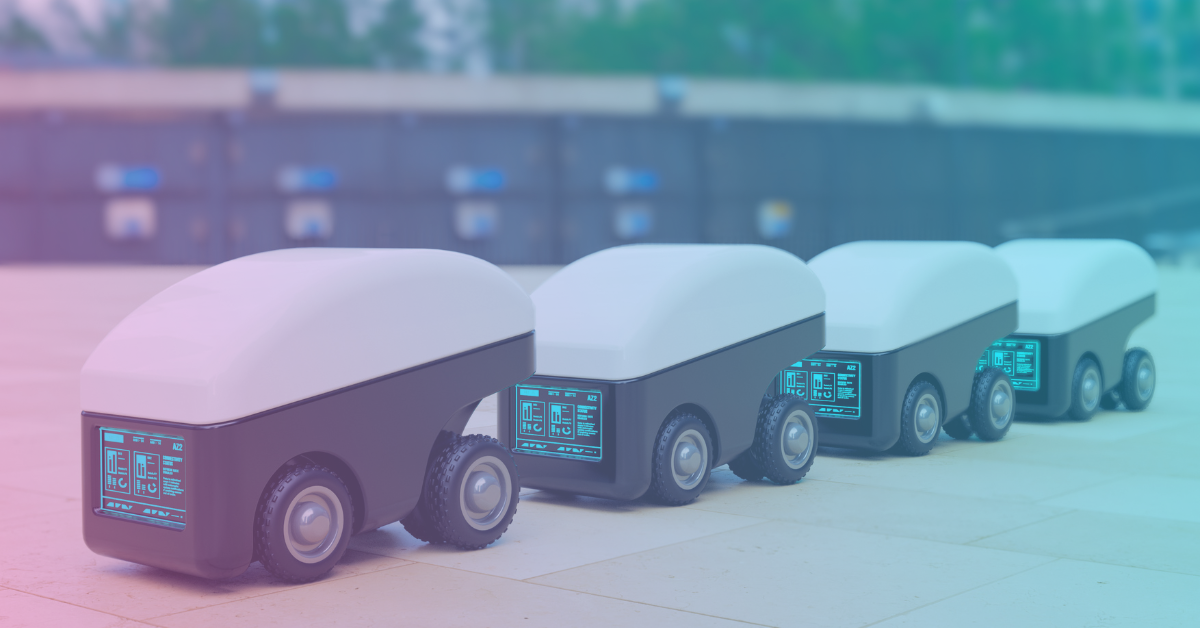 We know; another year, another set of trends to follow. However, 2022 proved to be an important year for robotics which saw incredible growth across multiple sectors. Coming into a more normal state of the world allowed the industry to get back to in-person conferences and bring more robots to feed the growing demand for service and speed.

With mixed forecasts for 2023 and its economy, predictions need to be held in a different light that can provide more realistic guidance and expectations.

To gauge how robotics folks feel about the outlook for 2023, we ran a LinkedIn poll at the beginning of December asking what trend they felt will see the most growth in 2023. The results showed strong confidence in robotics-as-a-service, with 44 percent voting it the trend most likely to see growth, followed by the adoption of 5G at 14 percent, and the metaverse at 6 percent.

Although RaaS is the clear winner among our audience, each trend shows promise to make a large impact on robotics in the next year. Let’s take a closer look at each to understand how they’ll likely shape up in the coming year.

We talk about RaaS a lot- but not without cause, especially in an unpredictable year ahead.

With almost every industry continuing to feel the pain of the growing “need for speed” expectation in service and eCommerce in a time where labor is still scarce, industries need to automate- and fast. 2022 was predicted to be the “Golden Age of Robotics”, and we did see an increase in the adoption of robots with the Association for Advancing Automation (A3) reporting robot sales hit a new high last year with a 24 percent increase in robots purchased during January through September of 2022 compared to the same period in 2021.

Although this only counted robot sales rather than robots rented via RaaS models, it shows a clear increasing motivation to automate- and there are still plenty of companies that are struggling to keep up, but now with potentially smaller budgets due to impending economic trouble this year. This ripens the market for a RaaS solution that can meet both the need for automation and more cautious buyers.

Combine the forecasted economic downturn with companies facing a continuously tough hiring market, and the RaaS market should be expected to see plenty of growth as the perfect solution. It’s usually cheaper to rent robots than risk the other two options: spend precious resources to find labor in an already tight market, or purchase a brand new robot at high upfront costs.

Through an easily scalable subscription model, companies will have the ability to deploy quickly to ramp up productivity and ensure they ride out the bumpy road ahead this year.

Leaving the metaverse to the robots

After unfortunately hitting a sour note with humans in 2022, the conversation around the metaverse has shifted to become a hot topic surrounding how it can be utilized in robotics.

Though humans may not be interested in the metaverse as a social space (at least not yet), robots are proving to be a potential prime use case for the metaverse. Digital twins are a great example: though still an early concept for robotics, they have the ability to reduce unnecessary development time and costs by allowing for virtual testing and monitoring of robots and, in the future, helping companies to train new hires in potentially dangerous jobs virtually to lower risk in real environments.

Although some of these ideas may seem far off, they have real value to offer as companies continue to develop robot operations this year- and the metaverse took an even bigger step near the end of 2022 that could prove very relevant this year.

Adding to the as-a-service theme, in October of 2022, NVIDIA announced their new industrial-strength metaverse-as-a-service, an opportunity to create immersive manufacturing-design capabilities based on their computing systems into a metaverse with an industrial focus.

Rethinking the metaverse is at the core of this trend, switching the idea from a human world to one where virtual and real-world robots can communicate to increase productivity. NVIDIA CEO Jensen Huang said to Forbes, “The physical world and the metaverse can be connected in a lot of different ways. It doesn’t just have to be humans. It can be machine to machine.”

With this new metaverse-as-a-service (MaaS, anyone?) offering and additional companies such as Hyundai envisioning how to combine robotics and the metaverse, we’re likely to see much development throughout 2023 to answer the continuing need for productivity with limited workforce and resources.

5G will be here for productivity needs

Early in 2022, we wrote about the adoption of 5G for robotics and whether it would be a game changer- and received quite a response.

The feelings surrounding 5G seem fairly split, with some expressing excitement with others feeling confused by the need for 5G when many robot fleets already successfully operate off other options including wifi and 4G. However, with 5G coverage becoming the new standard with consumers combined with expected growth as major providers including T-Mobile, Verizon, and AT&T discuss their plans for expansion of 5G in 2023, we’re likely to see more robotic fleets adopting it.

With lower latency, higher bandwidth, and the ability to work indoors and outdoors (to name just a few benefits), 5G has started to become the choice for robot fleets around the world. In 2022, Boston Dynamics announced their Spot robot could connect to AT&T’s 5G network, starting with private 5G networks to teleoperate and eventually moving to public networks.

As robots continue to move into environments beyond warehouses and manufacturing, 5G will offer high reliability in areas such as farms or oil plants.

What else can we expect?

Robotics is an incredibly large market, and there are plenty more trends we can expect to see growth within 2023.

Right at the end of 2022, Intrinsic announced their acquisition of Open Robotics, undoubtedly meaning some changes will be coming for ROS users, even if small. Looking toward cobots, The Robot Report predicts that higher payload and long-reach cobots will change the landscape for some parts of the manufacturing industries, and emphasize a focus on creating robotic solutions based around the customers needs before anything else.

There’s plenty of buzz surrounding what a possibly tumultuous year will bring the industry, but rest assured we’ll be watching them, bringing the most important updates to our audience and shining a light on areas of opportunity to make the year more smooth.