Why Building Robot Literacy Is Critical For Future-Proofing Businesses 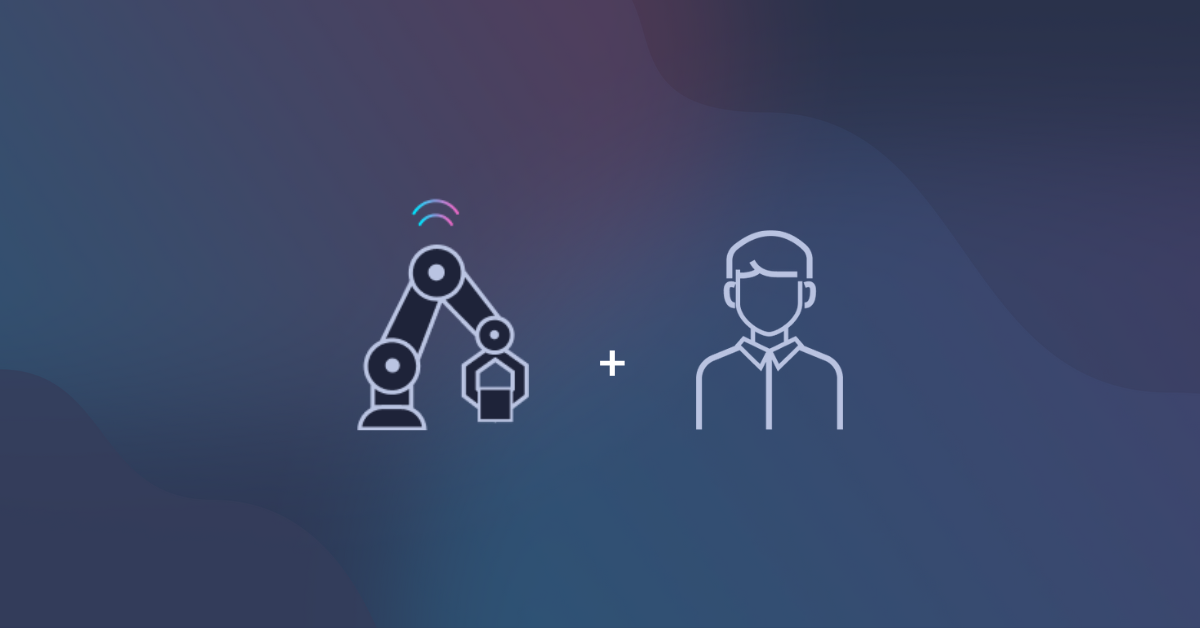 Did you ever think you’d work with a robot?

For most people, the answer would likely be no. But in present times, any job has to be prepared to take on a robotic counterpart.

Often thought to be one of the most tech-involved devices, robots are rapidly becoming more accessible to the “everyday” worker, and the future of hundreds of companies and their ability to compete depends on them. Within the past year, labor shortages have ravaged companies while the world simultaneously ground on back to normal, leaving teams understaffed and desperately trying to keep up with the demand.

An even faster-moving world begets the need for more hands than are available. From the package on your front porch to the produce in your refrigerator, many of the products and services we use depend on more jobs having access and literacy to work with robots. Without this access and robot literacy, efficiency could greatly suffer, and industries will continue to lag behind the rapid demand the economy now taxes on processes.

Let’s look at a few reasons why building robot literacy is vital, and what some of the drivers are behind much-needed robot accessibility.

Robots have been in cages too long

The previous “eras” of robots were marked by blocking robots off from most human interaction. At the IEEE International Conference on Robotics and Automation this year, Julie Shah, Professor, Department of Aeronautics and Astronautics at MIT acknowledged the rough history humans have had when working with robots, and outlined the previous eras humans have worked alongside these machines, neither providing workers with the necessary robot literacy:

The third era, she said, will be “The Alternative”, an era in which we as humans choose how we work with robots- and the decisions businesses make now will affect their success (and success of their staff) in the future.

Robust.ai is just one example of the shift toward helping robots work better with people, specifically in the warehousing industry, developing a software suite and a robot named Carter, inventing something called “collaborative productivity”. The idea behind this product is to help human staff work in sync with robots, to help robots “not just work near people, but with people”, as Rodney Brooks, CTO and founder of Robust.ai stated in their latest product launch video. This idea of humans working in true harmony with robots is just one of the many signs that the third era is taking shape to be a more collaborative one than those before.

Gartner predicts that more than 70 percent of global enterprises will have hyper-automation initiatives in place by 2024. A large driver of these initiatives are cobots: robots that are designed to work alongside humans, typically taking on a task that is dull, dangerous, or dirty so humans can focus on more thoughtful tasks. With advanced features such as sensors and cameras, in addition to machine learning, cobots are much faster to deploy than typical robots and easier to work with as they better respond to their environment. With more businesses taking advantage of having more adaptable robots, they’ll become more efficient and build staffs that can keep up with optimized processes.

Demand drives necessity, and with the world getting fully back up to speed with not enough human hands available to help, robots are one of the most effective answers.

Farms, hospitals, restaurants, and even city streets are just a few environments that have adopted robots to optimize their processes. According to the World Economic Forum, automation will create 58 million more jobs than it displaces, as robots use expanding across environments will require more people to supervise and interact with the devices.

In a poll we ran on LinkedIn and Twitter, 50 percent of voters said they believed that the agricultural industry is posed to see the most accessibility to robots, followed by 36 percent voting for warehousing and logistics, and less than 1 percent voting for healthcare and sanitation.

Due to this shift, our idea of the ideal “robot operator” is evolving as these machines continue to break into previously human-driven environments and help humans meet the need for expedited operations. For example, in a restaurant, servers work with robots to run food to tables, and on farms, field workers now work alongside robots to help carry produce harvested in the fields.

However, it’s not as simple as placing a robot into the environment and expecting the worker-robot relationship to be entirely smooth.

RaaS businesses and software are helping with a smoother transition

Historically, adopting robots into operations could be an expensive and labor-intensive process: until recently.

Robots-as-a-service (RaaS) businesses are just one of the avenues helping businesses break down the barriers to working with robots and make collaboration between man and machine easier. With a low cost to entry and business model that allows customers to rent or lease robots as needed (rather than purchasing them), RaaS businesses have helped introduce robots in hundreds of new environments and roles that work with them.

But the low cost to entry isn’t the only reason RaaS businesses are helping non-tech jobs work with robots; they also help make it easier to work with them, as well- many with support of software platforms, such as Formant, that make operating fleets accessible to many roles. With the ability to teleoperate from a simple dashboard, as well as check in on battery level, memory usage, and many other visualizations, companies can give teams access to data previously only used by roboticists and tech roles.

Through democratizing access to robot operations and offering lower costs to start, software and RaaS businesses are working hand in hand to help bring great robot literacy to the workforce as a whole.

In an economy where the demand for efficiency shows no signs of slowing down, simply integrating robots into operations is not enough. Building a strong robot literacy with robots for staffs is essential to help workforces keep up with the need for efficiency, but also help to keep up with industry expectations of automation and better safeguard businesses against any future staffing issues.

To learn more about how Formant can help robotics businesses and their customers deploy and scale fleets, click here.