The Evolution of Mobile Robots And What It Means For RaaS 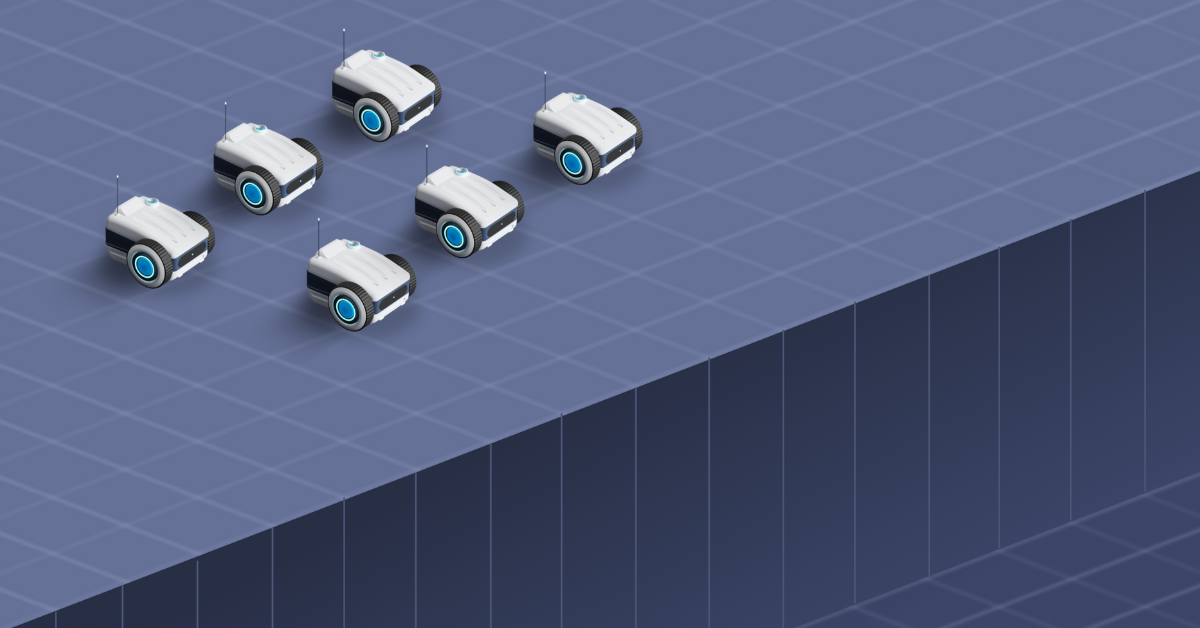 When you think of mobile robots, chances are you picture a wheeled vehicle in a warehouse, shuffling among workers to transport materials from point A to point B. And with good reason. Autonomous mobile robots (AMRs) have taken off recently, particularly in warehouses and logistics, where these intelligent machines are working side by side with humans to move materials.

Although material handling is a popular application of AMRs, these mobile robots are expanding outside warehouse applications to tackle new environments. In a 21st century, post-pandemic world, efficiency in operations is crucial across every industry. The world is facing a significant labor shortage and higher demand for productivity than we’ve seen since the 1940s.

Just as with warehouses, other vital industries including agriculture, landscaping, and sanitation, are facing massive labor shortages with increasing demand and a need for optimal efficiency. Flexibility in staffing and efficiency are crucial for a company to survive and mobile robots can accelerate processes by complementing the productivity of the humans it works alongside so they can focus on more thoughtful tasks.

Due to these shifts, the use of mobile robots seems to be at a tipping point, with predictions that deployments of AGVs and AMRs will increase by 53,000 by the year 2025. With the use of AMRs increasing steadily, what does this mean for industries facing a need for robotic assistance and how they’ll adopt them?

A Quick History of Mobile Robots: AMRs vs AGVs

AGVs were the only way to automate the transportation of materials in larger spaces (i.e. from receiving to the warehouse), with the first one invented in 1954 and popularized in warehouses from there. However, AGVs possess minimal intelligence and need to be guided along their path with pre-determined routes outlined with sensors, wires, or magnetic strips. They also lack the ability to move around an object; if it encounters an obstacle, it simply has to wait until it's removed rather than navigate around it.

Contrary to what you may think, AGV’s more intelligent counterpart, AMRs, were invented before them, with the first model introduced between the late 1940s and 1950s, but weren’t adopted into commercial use until the 1990s. The first use of an AMR was surprisingly in a hospital, where these machines assisted hospital staff in the transport of food trays, mail, and other supplies. Although both AGVs and AMRs provide a great value to users, AMRs do have the advantage of lower cost to adopt and can be deployed faster.

Although AGVs can be a valuable addition to any automation plan, AMRs provide more capabilities than AGVs regarding entering new environments, such as the outdoors. AGVs are wheeled robots, whereas AMRs can be a variety of locomotion forms beyond wheels, including bipedal, multi-legged, or tracked. This versatility enables AMRs to better adapt to environments that are less predictable than a warehouse and is a feature that makes them easier for a variety of industries to adopt, fast.

Let’s take a look at some of the industries that the next generation of AMRs are set to take hold in.

While robotic lawnmowers aren’t quite as common for personal use just yet, robotic they’re already being utilized as a way to cover more ground while minimizing human labor. In the commercial space, companies are seeking help to address labor shortages in landscaping by automating the task, from repurposing old lawnmowers into autonomous machines to building electric mowers.

The world’s food supply depends on farmers and agriculture, but currently, major labor issues have affected the industry, pushing the need for more hands than are available from humans.

To help agricultural processes become more efficient and meet continuing demands, mobile robots have hit the fields in multiple capacities that alleviate staff shortages. From carrying produce a human harvest's to weeding fields so farmers can streamline their operations with less pressure to fill these demanding tasks with human labor.

The COVID-19 pandemic pushed the need for increased sanitation, not only in medical settings but in other public settings such as schools and airports. To keep up with newer, stricter sanitation standards, as a result, deploying mobile robots is a cost-effective and sustainable solution.

Robots such as the Avalon Steritech Whiz autonomously move about spaces to eliminate <99% of microbial burdens and are widely adopted in healthcare, office, and other commercial settings. Mobile robots such as the Whiz increase personal safety for humans by limiting contact with infected surfaces, they also work faster than any human can to sanitize more spaces in less time.

Hand in hand with sanitation, cleaning is a tedious task formerly held by humans that is now being widely automated. Roomba vacuums are one of the most basic versions of a cleaning robot, allowing users to vacuum their home with a few taps on a smartphone app- but now these machines are evolving to do more than simply pick up crumbs.

Healthcare workers have been through a lot in the past few years: stress, burnout, and long shifts to compensate for labor shortages.

The value of AMRs in healthcare was confirmed during the pandemic in infectious disease units by limiting the hospital staff’s contact with pathogens to ensure staff could stay healthy enough to return to work while still providing excellent- if not faster- care. By bussing supplies, tests, and PPE, nurses can complete their tasks quicker and focus more on the care of their patients.

So, What Does This Mean For RaaS?

Mobile robots have the potential to assist many industries to alleviate staffing issues and enhance productivity- but adopting robots isn’t always an easy task. This is where RaaS (robotics-as-a-service) comes to help.

RaaS companies offer a unique ability for businesses seeking to use robotics. Although the RaaS market as a whole offers varying types of robots, AMRs have become a popular option, especially among staff shortages as they’re able to move and make decisions for themselves.

Rather than a business purchasing a robot, which can be very costly and overwhelming for someone well–versed in robotics, RaaS companies rent or lease robots. A few benefits of this include flexibility in usage, more support when starting with robots, and lower cost to adopt. As more industries, especially those listed above, begin to turn to AMRs to overcome modern challenges, RaaS companies are here to step in for the transition and will change the way robots are adopted entirely.

By 2028, the RaaS market is estimated to reach 44 billion dollars- worth roughly 14.5 billion in 2021. Behind this growth is the driving need for increased productivity that will continue to accelerate as consumers and the world continuously expect even faster gratification and receiving of services. For industries that need to adopt robots soon, RaaS companies will greatly speed up the process and offer the ability to scale robot usage as needed, deploying faster than a company could achieve by itself.

Mobile robots are entering a new era of increased adoption as modern issues such as labor shortages and increased productivity launch them into new environments. To quickly address the need for automation, RaaS companies are here to help accelerate the adoption of AMRs and bring many industries up to speed through the flexible use of robots, creating a future in which we commonly see humans work side by side with robots from hospital rooms to farms.

An excerpt from "What Is Robotics As A Service?",  a practical guide to starting, launching, and scaling a robotics company.  Building a strong go-to-market strategy for RaaS companies can feel like quite the challenge in a competitive environment. In this excerpt from our guide, learn some of the key points to hook your first pilot […]

When operating a robot or a fleet, it's likely you’ll be using ROS in your operations. An integral part of using ROS is service calls; now, we’re excited to announce that ROS service calls are now supported natively on the platform.  Although the action is still completed, manual ROS service calls took extra time, delaying […]

There’s no doubt that 5G is here to stay in the robotics industry. Between high speeds that enable improved bandwidth and latency to greater network coverage, it enables robots to perform better than ever before. But once you’ve decided to upgrade, now comes the next challenge: how do you find the right 5G hardware for […]